People are the Prize

If you can’t reach your best outcome with your current tools (skills, habits, techniques, beliefs)—don’t be afraid to take a leap of faith and drop them...


In 1949, a group of Smokejumpers parachuted into Mann Gulch, Montana to fight what they thought was a 10:00 fire. In Smokejumpers’ parlance that meant that they expected to have the fire out by 10:00 am the next morning. Unfortunately, things took a horrible turn and the fire began to leap, spreading eleven feet every second and covering 3,000 acres in as little as 10 minutes. Worse, it jumped the ravine and blocked the Smokejumper’s escape to the river.

Only Wagner Dodge, the foreman and most experienced man, saw this and he immediately gave the order at 5:45 pm to run in the opposite direction. The men ran but they were hampered by heavy tools and being forced to run uphill. When it appeared obvious that the fire was going to engulf them, Dodge did two things. First, he ordered the men to drop their tools and second, he did something that up until that time no one had ever tried before. He lit a fire directly in the men’s path causing an immediate and violent flash of fire in the direction of what appeared to be their only escape route. Dodge then pointed to the blackened ash and ordered the other men, “Join me.”

Dodge stepped into the already burnt section and watched the fire sweep past him and chase after the other men who raced up the hill with the hope of getting over the ridgeline to safety. Only Dodge and two other men who jumped into a crevice survived. Later it was discovered that the twelve men who had lost their lives died within sight of a safe space. Had those men only listened to Dodge and simply dropped their tools, they most likely would have made it.

This isn’t a criticism, but a confession.

I find this story extremely haunting because had I been there that day, I most likely would have died as well because I don’t know if I would have dropped my tools. I’m not saying that a chainsaw is more valuable than a life. Far from it. I just understand that sometimes a person’s tools can carry an emotional dependency which defines a person’s identity, self-worth, and reason for being. To be told to drop the very thing that makes you—you, is very difficult.

I know most people don’t have tools—at least in the physical sense like a chainsaw or a shovel. But everyone has techniques, beliefs, procedures, or habits that have become their emotional tools.

The moral of this story is that it doesn’t matter whether your tools are physical or emotional or both—be willing to drop them!

It’s never smart to wait until you’re engrossed in a high-pressure situation to decide what to do, especially if you can do it now when you’re calm, focused, and anxiety free. Deciding to drop your tools doesn’t mean you will, just that you’re open to the idea of changing your procedures, policies, habits, beliefs, or techniques if there is a better way to get your best outcome.

Fulton Sheen, the world’s first TV evangelist, spent over twenty hours preparing for every hour he presented on television. At the end of each year he destroyed all his notes and started over with a blank piece of paper…he dropped his tools!

Tiger Woods risked everything and completely changed his swing while he was at the top of his game because he knew he could do better…he dropped his tools!

The Colonel (Kentucky Fried Chicken) was in the business of selling deep fry machines. To demonstrate how well his machines worked, he’d cook chicken coated with his special seasoning. In no time people loved his chicken far more than his machines…he dropped his tools.

If it helps, here’s a threshold question to know when or if you need to drop your tools.

Can I accomplish what I must with my current tools?

If you can—then you have the right tools. Keep them. If you can’t reach your best outcome with your current tools—drop them and get new tools!

But be careful. What you consider to be tools may not really be tools. I knew a person who was sarcastic, biting, and mean to people even though she thought her behavior was funny and cute. Without a doubt, she thought these traits gave her an invaluable advantage—a great tool.

Sometimes we’re too close to our tools or we’ve experienced some success using that tool and therefore any failures or negative feedback is often attributed to someone or something else—but not our tools. That’s what happened to this young lady. Her sarcastic comments would inevitably create irritation and resentment but they were never her fault. It was because the other person couldn’t take a joke.

You must be brutally honest with yourself! Don’t cling to anything, even something that has worked well in the past, if it means you can do better.

Dropping your tools is also a great concept to share with students.

The student will most certainly ask what ‘tools’ means and you can explain that tools are habits, beliefs, methods, techniques—something that will help you succeed.

From here you have a great avenue to discuss habits as well as guiding the student to his or her next best steps without being too pushy or sounding too judgie.

When it comes to school safety…it’s time to drop our tools.

Society has become completely unforgiving of others. You must be perfect and not make a single mistake or you’ll be cancelled, crushed, or cancelled AND crushed. Don’t let this creep into your school. It’s impossible to do school safety and not make mistakes. You’re trying to protect, lead, and prepare thousands of unique individuals and you’re going to miss the mark every now and then. Get rid of the idea that it must be 100% perfect. This bad thinking has real consequences.

In Parkland the first person who saw the murderer and could have called a lockdown didn’t. He had a radio, identified the murderer as a threat, felt personally afraid that the attacker had a weapon, but didn’t call a lockdown because as he said, “I didn’t want to be that guy.”

He was more afraid of making a mistake than saving lives.

2. Drop the one leader concept.

Some principals and SRO’s have played key roles during school attacks, but every teacher is a key player during a crisis because they have direct control over the students. Treat your teachers as leaders and not just as followers. Authorize and prepare your teachers to initiate a lockdown without first getting permission. We entrust them with the awesome task of preparing our children to be successful in the future but not with calling a lockdown. Similar to me as a police officer; I was free to arrest anyone at any time but to tow a car I had to first get permission from my supervisor.

That’s inverted thinking and it destroys trust in your leadership because it’s clear that your leader doesn’t fully trust you. Trust your teachers!

3. Drop the idea that school safety is done by one person.

4. Drop the misery and fear.

We’re in a terrible bind. We must do school safety…but everyone hates it! It’s not surprising considering how we treat school safety, like it’s a trip to DMV or the dentist. If you think about it, we go out of our way to motivate and inspire our teachers about everything that truly matters…except school safety.

Drop the misery and fear. Motivate and inspire your teachers to see school safety as something positive, uplifting, and beneficial. We’re talking about saving lives—how can that be hated?

Perhaps it’s not the topic but how we present it!

A long time ago it became standard operating procedure to never use the PA to release from a lockdown in fear that someone would use it against us to release the students early. That scenario has never happened and the chances of it happening are incredibly small. Continue to have police officers release classrooms after a lockdown but do it only once a year. It’s good for the officers to get to know the school and for the staff to meet the officers. But for the rest of the year…use the PA to release from a lockdown!

The PA is an awesome tool and would allow us to double the number of lockdowns we do in a year. Just imagine calling a lockdown drill and then releasing three minutes later with the PA. The disruption would be minimal and students and teachers could immediately return to the academic process.

(If you like this concept, check out The 7 Second Lockdown).

Dodge did something no one had ever tried. He burnt the grass in front of the fire and then stood in it. This technique has become more common and has been successfully used by others. It was as brilliant as it must have been baffling to the men watching Dodge. He started a fire in front of them while they were trying to escape a fire behind them. Sometimes dropping your tools requires an incredible leap of faith.

For your sake and the sake of everyone else…don’t be afraid to take that leap.

Helpful phrases that are easy to remember as well as to apply! 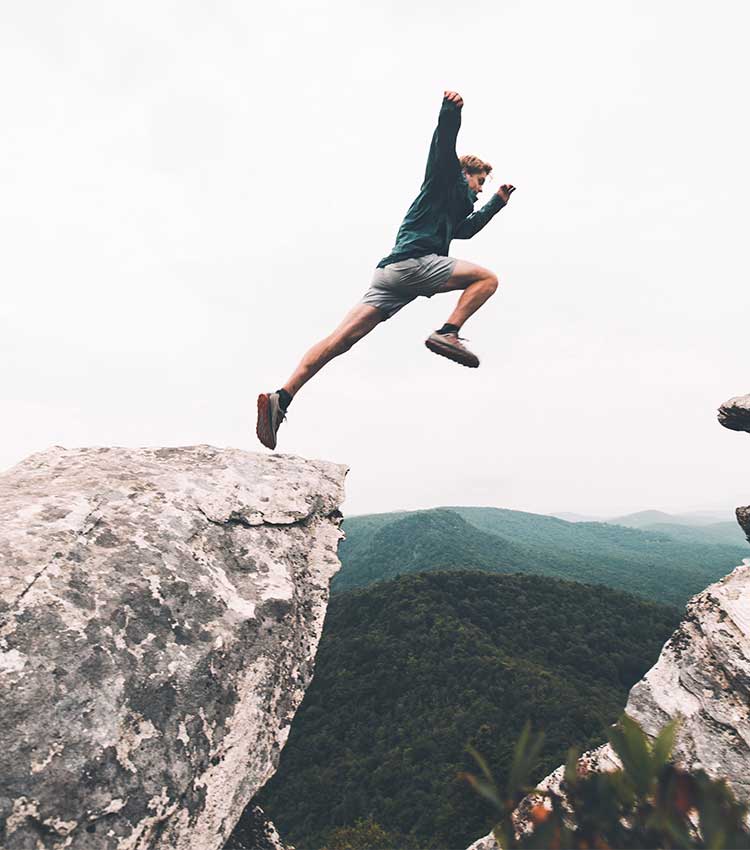 Why did I write this article?

Every now and then you hear about a tragic story and say, “Oh, man that could have happened to me.” That’s exactly what I thought when I read about this story. Knowing the outcome, it’s easy to look back and say these guys did the wrong thing but had I been there with them, I’m not sure I would have dropped my tools either…and that really scares me!

It made me really wonder if I don’t need to reevaluate some of my beliefs!


If you like this article, you'll love SAFE&LOVED. Safe & Loved is a new mindset, philosophy, program and an attempt to transform school safety in America! It’s huge, exciting, and will totally transform your school. Make your school SAFE & your students, teachers, and parents feel LOVED.

Check it out and join me!

Episode #1:
PUT GROWTH OVER PROFICIENCY AND YOU"LL BE HAPPIER 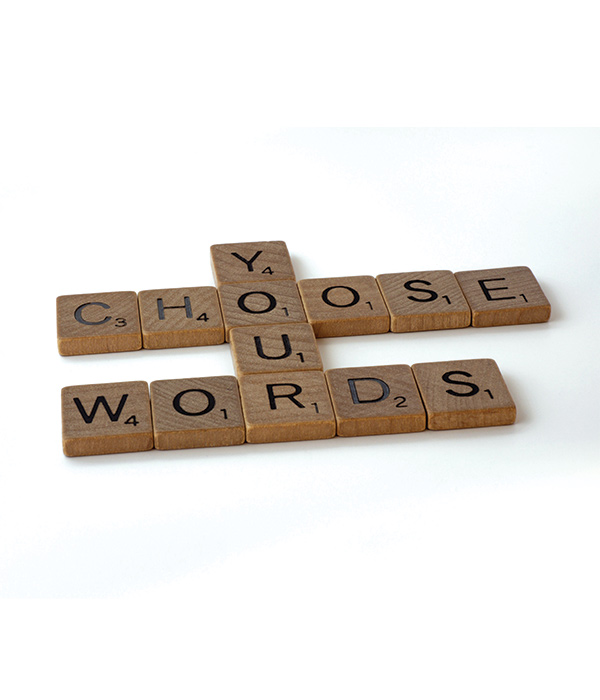 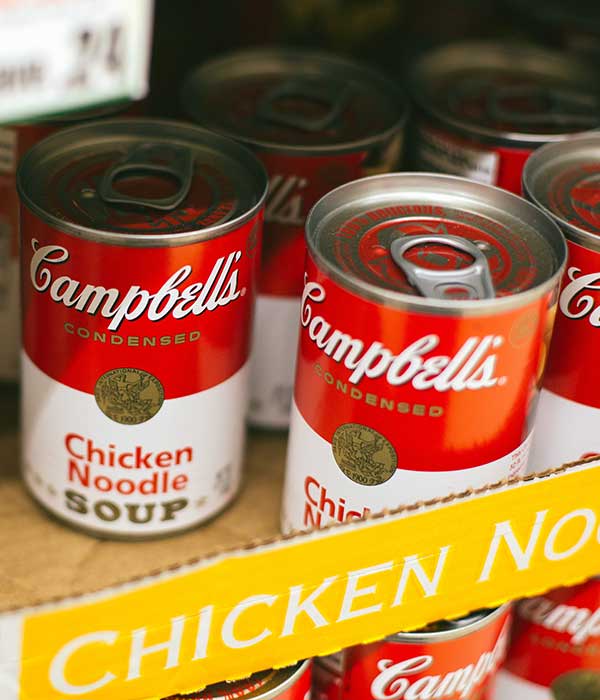